Posted by Katie Breton on February 28, 2012 under Printing 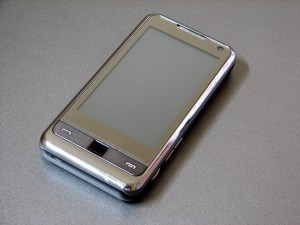 When people think of touch screen devices like smartphones and tablets, they don’t often think about the printing industry. But their application would be impossible without printed electronics, one of the fastest-growing aspects of the printing industry.
Attaching electronics to different substrates is much different than other kinds of printing, but many traditional printing techniques are used. These techniques include inkjet, flexography, screen printing and more. Some of the industries utilizing printed electronics include the tech and auto industries, but governments are also using this method to attach radio frequency identification (RFID) into passports and government-issued pieces of identification as well.  This list is growing and with time will become more universal. Two of the primary instances of printed electronics being used are in electric vehicles and with touch screens. 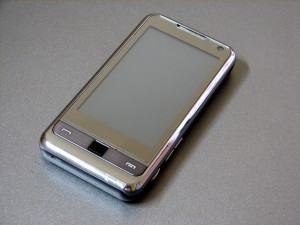 With the advent of the smartphone, touch screen technology is becoming ubiquitous in our culture and marketplace. It’s hard to find a phone that doesn’t have a touch screen, and recently there have been great advances in the development of them. According to a Printed Electronics World article, Eastman Kodak Co. and the Conductive Polymers Division of Heraeus Precious Metals GmbH & Co. KG “have jointly announced that they have created a projected capacitive touch screen with Kodak HCF-225 Film/ESTAR™ Base as the transparent conductive component featuring completely invisible patterns, marking a change in the manufacturing of touch screen displays for handsets and tablet devices.”
The article goes on to say that the result is a touch screen created to industry standards that provides better flexibility, stability, touch performance, transparency, reduced haze and a neutral color profile. This is a more cost-effective alternative to patterned indium tin oxide (ITO) films.
Another area where printed electronics is really taking off is with electric cars. According to another Printed Electronics World piece, many big firms like Dow Chemical, 3M and DuPont have completely bought–or bought into–companies that focus on printed electronics. The article says “there is interest in traction batteries for electric vehicles, where the third generation technology, that with the highest energy density and little if any dependence on rare metals, increasingly involves solid state assemblies made by printing reel to reel. ”
Without the use of printed electronics techniques, this development with electric cars would not be possible. And with time, printed electronics will be used more and more in a wide array of industries. If you have any questions about printed electronics, contact us today!