Posted by Katie Breton on November 7, 2018 under Miscellaneous 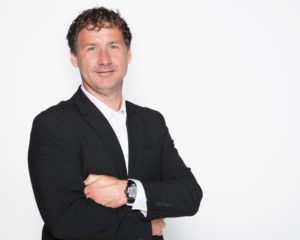 In February 1994 I was looking for interim work while I waited for the next hiring phase for long-haul truck drivers (April-May) at JB Hunt.

On a cold and snowy day, I started walking north on Sherwood at 9 Mile applying to businesses on both sides of Sherwood. I didn’t have a car and needed a job within a couple of miles of where I lived.

When I got to Whitlam I was greeted by the receptionist, who had started a couple of months prior. After we talked for a bit she asked if I wanted to meet Whitlam’s HR Manager, George Zeidan.

I was happy to be given the opportunity because the other companies I had applied to had only let me fill out or take an application home.

When I met George, he commented that I must really need a job because a lot of the people that worked at Whitlam had either called in or were running late due to the weather.

I told him I was really looking forward to steady work; the construction job I had was dependent upon good weather and February in Michigan has a lot of bad weather.

He asked me when I could start, and I replied today. He told me I would have to pass a background check, physical, and drug screen.

I started working the next Monday for Post-Production as a Slitter Operator. I worked other positions as well, including Maintenance Assistant, Production Helper, Press Operator, and even did occasional deliveries and pickups for the next 18 months.

When hiring time came around for long-haul truck drivers, I decided to hold off on applying so I could see how this label thing would shake out. Not long after, I applied internally for a Process Engineer position where I learned a lot about flexographic manufacturing over the next two years.

In 1997, Don Clifford, our CFO, offered me an IT opportunity where I was able to support many of the technological advances that Whitlam experienced over the next 15 years.

In 2012, Jim Shaieb, our Senior Advisor, asked if “I would help him out in the Quality Department.” That led to an opportunity for me to become Whitlam’s Quality Manger for the next 4 years.

I am currently a Sales Engineer, and I am excited to have the opportunity to grow sales and utilize almost 25 years of experience at Whitlam to support our team.

One response to “Mark Smith – 25 Years and Counting”